As can be seen in the animation, separation of grain mixes in Alistan-agro machines is made in an air stream. Grain is divided by two parameters: weight and sailing capacity. And not by specific weight, according to competitors. After all, specific weight of the whole grain and a half of grain is identical, and as a result they would appear in one fraction after calibration. In reality, all cut grains appear in garbage fraction together with other waste.

When mixture contacts the air stream, all its components are exposed to air influence, and at equal weight indicators, the grain which has higher sailing capacity will go further. This is how peeled grains are separated from unpeeld grains, stones, sticks, etc.

The weight of grain mixture particles in fraction changes from left to right towards reduction. That is, in the second fraction, we get the heaviest grain, and in the fifth — the easiest one. And as it is known, the heaviest and dense seed gives the best crop, therefore the II fraction is called as a sowing campaign, and its grains are used as a sowing material. 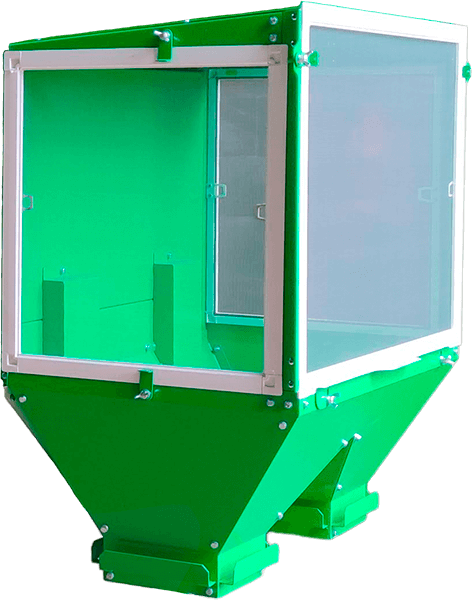